Abby lived alone and worked as a waitress when Randy, an old acquaintance walked into the restaurant for dinner. Abby had dated Randy when they were teenagers. The absence of a wedding band gave Abby hope the relationship could be renewed. Her hope dissolved into disappointment as she watched Randy leave the restaurant. She mumbled to a nearby co-worker, “All the crazy people ask me out and there goes a decent single man who didn’t even ask for my phone number.” Three months later, Randy returned to the restaurant for dinner and asked Abby for a date.

Two years later they married. After their marriage, Abby had two desires. She wanted to adopt a child and change her career. She longed for a job that did not keep her on her feet all week, working four days a week, no weekends, and did not require her to work with the public.

The day after she expressed those desire to Randy her pastor called.  He offered her a Monday through Thursday desk job doing bookkeeping. Abby decided to seek God’s will before she accepted the position. Instead of watching TV in her free time, she read the Bible and prayed for direction. She was drawn to the story of Elijah in 1 Kings 17. God had sent Elijah to hide from King Ahab at the Cherith brook. The ravens brought Elijah food, and he drank from the brook until it dried up, but he didn’t leave until God spoke to him again.

One night, as Abby read about fasting in the book of Matthew, she heard God say, “Fast and pray for three days, and then I will talk to you again.” At the end of the fast, Abby heard God say, “I brought Elijah to the brook, and he didn’t leave until I told him to leave. The restaurant is your mission field, and I have not called you to leave.” Abby abandoned thoughts of leaving the restaurant.

Two years later, she walked by a co-worker that smelled heavenly. “It’s Island Gardenia Cologne, said the co-worker. Three months later, Abby spotted a bottle of the cologne while she shopped and tossed it in her basket. “When I got ready for work, I sprayed a lot of 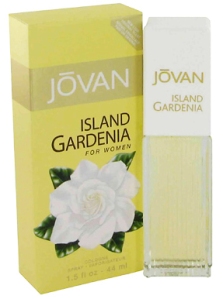 Island Gardenia on,” said Abby. “Randy told me I had used too much. The smell was overpowering. The minute I walked into the restaurant I asked my co-workers if I smelled overpowering. There was a new guy working at the salad bar named Travis. He said, ‘Yeah, you smell strong, I can smell you from here.’”

As Abby chatted with a co-worker about his son’s upcoming birthday, Travis joined the conversation.

“I have a little boy,” said Travis.

“Yeah, and I have a girlfriend who is six months pregnant.”

“Are you keeping the baby?” Abby was amazed that he she had asked such a personal question of someone she barely knew, but Travis didn’t hesitate to answer.

“No, we are putting the baby up for adoption.”

She had the next two weeks off from work, but, Travis didn’t forget their conversation. When she returned to work, he asked her if she was serious about adopting a baby.

Travis and his girlfriend Clair had just moved to New Orleans from North Dakota. Before they left, Candice sought an abortion but was denied. She considered traveling to California for a late term abortion, but a Christian woman told them, “There is a family this child is meant to be with. If you keep the child God will lead you to that family.” Instead of going to California they moved into an apartment complex near the restaurant. Unable to find work in construction he walked to the restaurant to apply for anything available and was hired on the spot. “I’ve worked for this company twenty-one years and no one was ever hired on the spot,” said Abby. “Even if they knew they were going to hire you, you were always called in for a second interview.”

Abby wanted to start the adoption procedure, but Randy had reservations. He was home alone watching a television preacher, but the enormous responsibility of adopting a child preoccupied his thoughts drowning out the preacher’s message. Suddenly, the volume on the TV increased and Randy heard the preacher say, “God has adopted us.” That simple phrase opened a floodgate of love in Randy’s heart for an unborn child who needed a family.

“Travis and Clair refused to take a penny for expenses,” said Abby. “They wanted the child to be a gift to a couple who could give him a better life than they were able to provide. But we still had to pay a lawyer to make the adoption legal. Every attorney I called quoted me a figure over $7,000. We couldn’t afford that, and I didn’t want to take out a loan.”

Abby was at the end of her rope when one of her regular customers offered to contact an attorney he knew. Hoping his friendship would elicit a cheaper price, she asked him to call. Much to Abby’s disappointment, the attorney quoted his friend $7,300. She was about to abandon the idea of adopting a child when she heard God say, “I’ll will make a way where there is no way.”

“You’re gonna have to,” Abby mumbled.

The next shift was short a waitress, so Abby worked late. While she was taking the order from her next customer, she commented, “It’s a shame that if you don’t have money, you can’t do anything. Even give love to a child in need.”

“Have you prayed about it?” asked the customer.

“God will make a way where there is no way,” the customer confidently affirmed.

“He’s gonna have to,” Abby mumbled.

That evening, Randy’s brother called. While Randy chatted with his brother, Abby felt a strong impression to ask her brother-in-law for the phone number of the attorney he had used when he adopted his daughter. Abby called the attorney and he quoted her $1,000. “That was the exact amount of money we had in our savings account,” said Abby.

Abby was at conference in Florida when she received a phone call that Clair was in labor. They immediately returned to New Orleans. “Bradley was born at 11:30 p.m. that night. Randy and I arrived at 1 a.m. We were present for all the firsts – first bath, first bottle, and first diaper. Clair didn’t want to see the baby. The nurses debated where I would feed Bradley until he was discharged. Finally, the head nurse looked up and said, ‘We’ll give you a room.’”

Abby and Randy followed the head nurse to room 413. “My birthday is April 13,” said Abby. As I sat in that room and fed my son, I heard God say, ‘This is a gift that I am giving to you.’”

Three months later, Travis called Abby with devastating news. Clair wanted her baby. They only had legal custody of Bradley, and Abby knew that Clair would win a court battle. “I can’t explain the emotions that raged within me,” said Abby. “I told Travis, she wasn’t getting her baby without a fight.” Abby was so distraught she starting cleaning an old refrigerator. While she cleaned and cried, she felt Clair’s pain and heard God say, “Give the baby back.”

“I called Randy. He told me if I was sure God had spoken to me, we have to obey him,” said Abby. “Then I called Clair and told her to come get her baby. Her reaction wasn’t what I expect. Clair said, ‘If out of love you are willing to give my son back to me, I know that I know his home is with you.’”

“Travis wrote in a letter to his baby, ‘If your mother hand not worn Island Gardenia Cologne, I never would have talked to her.’ Travis and Clair had bought the same cologne the night before and he recognized the smell when I walked in,” said Abby. “Every Mother’s Day, I buy another bottle of Island Gardenia to remember how God brought Bradley into my life.”