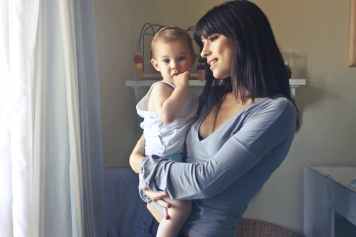 We had been married for over four years before our first son arrived. Two years later another son, followed by a daughter thirteen months later. Now Mark was seven, Eric was five and Rebecca was four. Everybody could dress and feed themselves, no more diapers, or bottles. Freedom!

We were a part of a large successful church, had been for years, and loved being part of its activities and ministry. I taught a class, sang in the choir and the family attended all church functions. At first, I tried to ignore nausea in the morning, but soon the confirmation came from the doctor. Number four was coming. 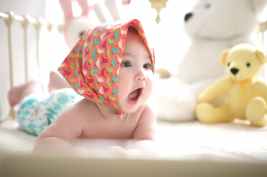 I did feel an excitement. A new baby, what would this little person be like? Then I started thinking about how unwieldy four children would be to take anywhere. When you have one child, absolutely anyone will babysit. Two children, okay, the family will help. Three or more? You’re paying big bucks. Four, forget about a social life. I thought about choir rehearsal, teaching my class and the effort of getting everyone in the car, ride thirty minutes to church and back. It was mind-boggling.

Daniel arrived a month early, weighing 8 lbs., 2 oz. He was a big happy baby. We made room by buying a larger home, two stories, four bedrooms, two and one-half baths, and nice yard. All was well. I was, however, mourning the loss of “my ministry.” I had resigned from the choir and had to take time off from teaching. Without a place of ministry, I began to feel useless. 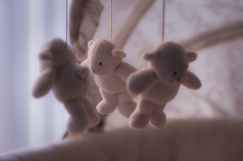 We put Daniel’s crib in our bedroom to keep watch over him. I awoke one night to find Daniel had crawled out of his blanket and was cold. I straighten him on the bed, soothed him and covered him once again.  As I did, the Holy Spirit spoke to me, very plainly, in my heart and said, “This is your ministry.”  I was so stunned I had to sit down on my bed.  Never had I considered taking care of my children as a legitimate ministry. That was reserved for religious activity. Could it be that I was to focus my teaching and training on these children as a ministry? The answer was yes.

I was to find in later years that time would come for other ministry and speaking engagements and fulfilling experiences, but training children is primary for mothers. And Daniel was not our last baby. Still had one more to go.