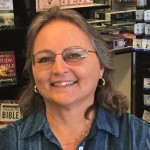 Some writers burst from their mother’s wombs with pen in hand dreaming about the day they would caress their first book. Writing had never been on my radar. A hairdresser armed with a cassette tape turned me into a reluctant writer.

In the mid-1990s a Sunday School Superintendent asked me to teach an adult Bible study.

The following Sunday he returned with the Sunday School material.

“Would you just finish the quarter,” he said, as he handed me the material.

The lessons about the teenage dreamer, Joseph, surfaced faded memories of dreams I had shortly after I accepted Christ as a teenager. No one bowed to me in my dreams, but I knew the dreams were from God, and he would use me in ministry. Lest I miss something God wanted me to do, I agreed to finish the quarter. But I never stopped teaching when the quarter ended.

One day, Elyse walked into class with a cassette recorder, popped in an empty cassette and pushed record. After class she told me about her plan to translate my lessons into Spanish and put them on the radio in her homeland of Honduras.

The fulfillment of her ambitious plan encountered an obstacle. The cheap recorder produced a poor copy, and it was difficult for Elyse to hear my voice. I didn’t share her belief that Honduras needed me, but she was disappointed. That week I expanded my notes into more than a rough outline and gave them to her after class hoping it would help. Soon others in the class wanted copies of the written lesson. I kept adding to the outline until I was writing everything I planned to say and reading it.

Elyse abandoned the project when she encountered insurmountable obstacles. Translating one language into another one was much harder than she anticipated. The cost of buying radio time was more than a single mother who worked as a hairdresser could afford.

She failed to accomplish her purpose, but Elyse may have accomplished God’s. Her project started a demand for the written lessons. I continued to write them and make copies. The copies often flew off the desk as fast as I laid them down.

Several students said, “You should be published.”

“I didn’t pay attention in English class. My grammar is too bad to be published.”

Then the door shut on teaching. I put on a facade to hide the truth until my husband left for work and the kids were safely in school. My days were consumed with crying. One day, struggling to survive in an ocean of my own tears, I remembered, “You should be published.”

By the time I stopped teaching, I had enough material for seven books. I went to the closet that housed my hard work. Took out a series of lessons about faith and Goggled how to write a manuscript. The project kept me busy for months and elevated me out of my depression.

With the project complete I decided to seek a professional opinion and hired an editor for an honest critique of my writing ability. He sent five pages of praise and thanked me for letting him read the manuscript. But he did find one problem. Grammar.

I had already researched what editors charge to fix grammar. The average of five to seven cents per word was more than I could afford. He offered a discounted price and the option to send one chapter at a time when I could afford to pay.

Fixing the manuscript did not guarantee the manuscript would be published. The project had cured my depression. I wasn’t interested in being published. I decline the offer and planned to move on to other things.

“If you change your mind let me know. I will give you same discounted price” were his last words to me.

Months later, a friend sitting next to me in church dropped money on my lap.

“Do you want me to put this in the offering basket?”

No, she replied, “It’s for your ministry.”

“I don’t have a ministry. You need to put this money in the offering basket.” I dropped the money in her lap. She returned it to my lap and glared at me. To prevent a wrestling match in the middle of church, I thought it best to accept the money which I stored in my filing cabinet.

She continued to give me money. I didn’t know what to do with the money, so it collected in an envelope for months.  One Sunday, she handed me her offering and said, “What are you doing with the money?”

The editors offer flashed in my mind, so I replied, “I am getting my manuscript edited.” Lest I burn in hell for being a liar, I contacted the editor as soon as I returned home to accept his offer. I added to the offerings my friend gave me until the editing was finished.

My first book released January 2003. I have been writing for seventeen years, but not from desire or ambition. I write because it’s my ministry.