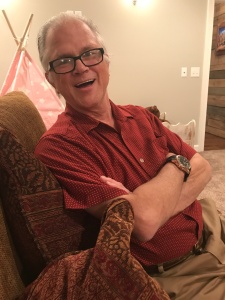 I am a native of Mobile, Alabama and a graduate of the University of Alabama with a B.A. in history. I taught school in the New Orleans area and lived there for about thirty years. After Hurricane Katrina, I sold my house and moved back to Alabama so I could be closer to my family.

I began writing professionally in the mid-1980s after I sold my first article to The Upper Room (a small devotional magazine). Since then I’ve sold numerous articles to various Christian publications, and to occasional secular publications as well.

While living in New Orleans, I taught a “How to Get Published” class at Koinonia Bible College.  I still teach writing, primarily on my blog the authorscove.com, and I sometimes do videos which I put on Facebook.

Some of my work has been published in a men’s devotional series, Take Five, published by Broadman & Holman Publishers. I’ve also been a contributing writer to two David C. Cook publications, The Quiet Hour, and Devotions. In the year 2018, I self-published my devotional book, Reflections of a Southern Boy: Devotions from the Deep South. Last year, I self-published a dog story set during the siege of Port Hudson, Louisiana, during the Civil War. The book is titled Squire, A Mascot’s Tale. My specialty is historical fiction.

My media links are as follows: