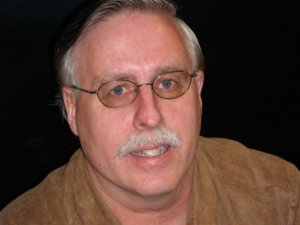 After a brief stint in the U.S. Coast Guard as a radar man, Rod accepted a teaching position at Delgado College where he wrote curriculum and taught maritime classes until he retired in 2007. He currently works for Homeland Security monitoring vessel traffic on the Mississippi River and teaches part-time at Delgado College.

He accepted Christ when he was ten-years-old at an Assembly of God Church in El Paso, Texas. He made a firm decision to obey God’s direction for his life after the Coast Guard stationed him in New Orleans. Rod left the Coast Guard to teach at the college, so he would be available for ministry on Sundays. He found his niche in children’s ministry where he assisted in a children’s church of two-hundred and appeared on the Birthday Gang television program. He later served as Children’s Pastor for thirteen years and established a Junior Bible Quiz program that is still in operation today. He has taught all ages, from children to the elderly, for over three decades. He is a board member of Southern Christian Writers.